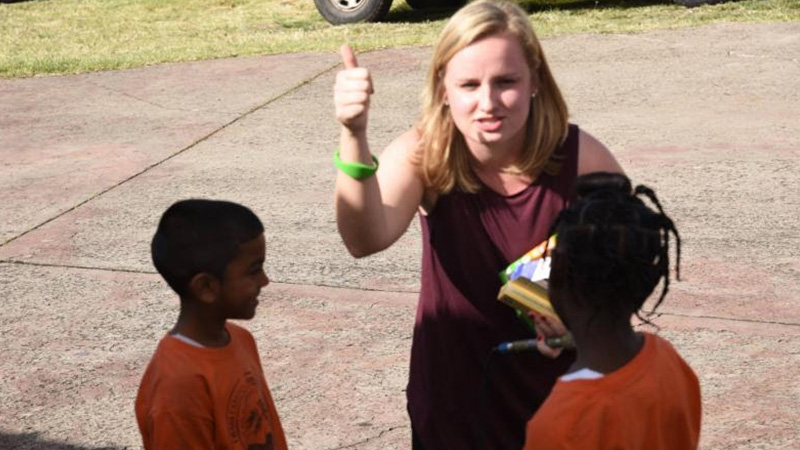 UVA Partners with NDMD To Kick Off Multihazard Campaign

The University of Virginia (UVA) in collaboration with NDMD, administered First Aid to simulated injured students and gave lectures at the Charlestown Primary School during an announced earthquake drill. This marked as the kick-off event for the 12-month Multihazard School Based Campaign in the month of January.

On Thursday 12th January 2017, the Charlestown Primary School along with students and faculty of the visiting University of Virginia participated in an Earthquake drill on the school grounds. The exercise was a part of the Nevis Disaster Management Departments 12-month multi hazard campaign, which saw the participation of the students visiting from the University of Virginia.

The Deputy Principal of the school, Ms. Carissa David expressed profound gratitude to the timely event and placed high value on the importance of the drill. “The activity would bring greater awareness to students in their response to an earthquake”, Ms. David added. Wendy Cohn and Kostas Alibertis (UVA Faculty Members) equally showed appreciation to the event and opined that such activity, which lines pyscho-motor and cognitive skills are critically important to early intervention and lifelong learning. “Such combination teaches reflective behaviours and are essential to a person’s survival during a hazard”, they remarked.

The Faculty members also gave credit to the expansive work done by the Nev
is Disaster Management Department. Albertis described their efforts to prepare the Charlestown primary school to respond in the event of an emergency as a two-way benefit for the school and the UVA team.

After the drills and basic first aid were done, both students of the Primary School and University of Virginia spent some time bonding through games. The Charlestown Primary and UVA University partnership was praised by both delegation heads and looked forward to future activities.