Tsunami Awareness with EPPS as the Leading School

Tips before a Tsunami by EPPS

A tsunami (pronounced soo-nah-me) is a series of giant waves that happen after earthquakes, volcanic eruptions, landslides or meteoric impacts (Earth being hit by a meteor). The waves travel in all directions from the area of disturbance, much like the ripples that happen after throwing a rock. The waves may travel as fast as 450 miles an hour in the open sea. As big waves approach shallow waters along the coast they grow to a great height and smash into the shore. They can be as high as 100 feet and can cause a lot of damage along the shore.

Tsunamis generally appear in the Pacific Ocean and coastal areas. 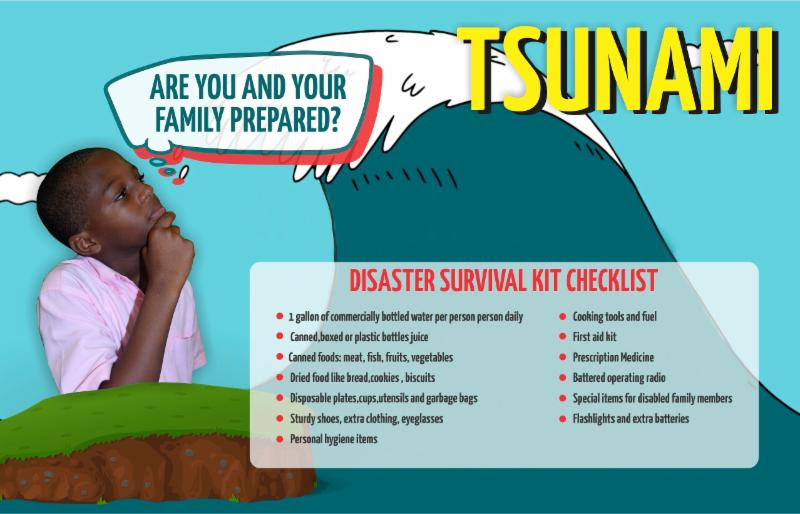 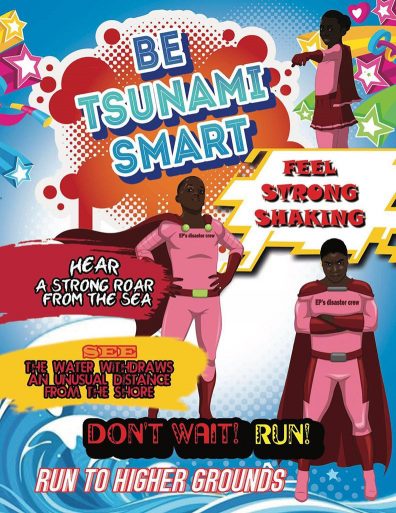 Inland – away from the coastline.

Evacuation – leaving an area that has been declared unsafe.

Tsunami Warning – a tsunami warning is issued when a tsunami with the potential to generate widespread inundation is imminent, expected, or occurring. Warnings alert the public that dangerous coastal flooding accompanied by powerful currents are possible and may continue for several hours after initial arrival. Warnings alert emergency management officials to take action for the entire tsunami hazard zone.

Tsunami Advisory – a tsunami advisory is issued when a tsunami with the potential to generate strong currents or waves dangerous to those in or very near the water is imminent, expected, or occurring. The threat may continue for several hours after initial arrival, but significant inundation is not expected for areas under an advisory.

Tsunami Watch – a tsunami watch is issued to alert emergency management officials and the public of an event which may later impact the watch area. The watch area may be upgraded to a warning or advisory – or be canceled – based on updated information and analysis. Watches are normally issued based on seismic information without confirmation that a destructive tsunami is underway.

Tsunami Information Statement – a tsunami information statement is issued to inform that an earthquake has occurred, or that a tsunami warning, watch or advisory has been issued for another section of the ocean. In most cases, information statements are issued to indicate there is no threat of a destructive basin-wide tsunami and to prevent unnecessary evacuations as the earthquake may have been felt in coastal areas. 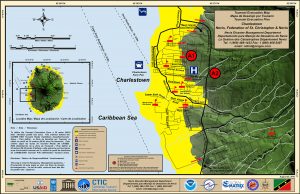 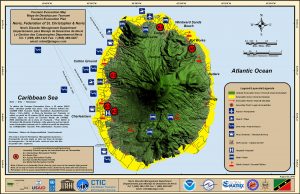