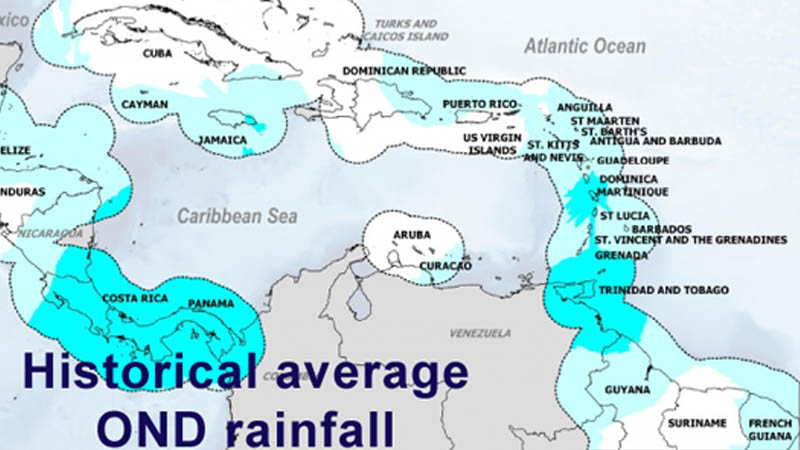 The CariCOF Climate Outlooks for October to December 2019 are now available. These include:

Summary for the upcoming 3-month period, October to December 2019:  “The October to December period typically marks the transition between wet and dry seasons, during which many very wet spells occur, as well as, up to 1 or 2 extremely wet spells. Those spells are expected to raise the concern for long-term flooding and flash floods, respectively. In the coastal Guianas specifically, those concerns will arise when their dry season ends in mid- to late-November. Uncomfortable heat is still expected at times during October, the last month of the Caribbean Heat Season, especially during heat waves which still occur in the Guianas and Windwards.”