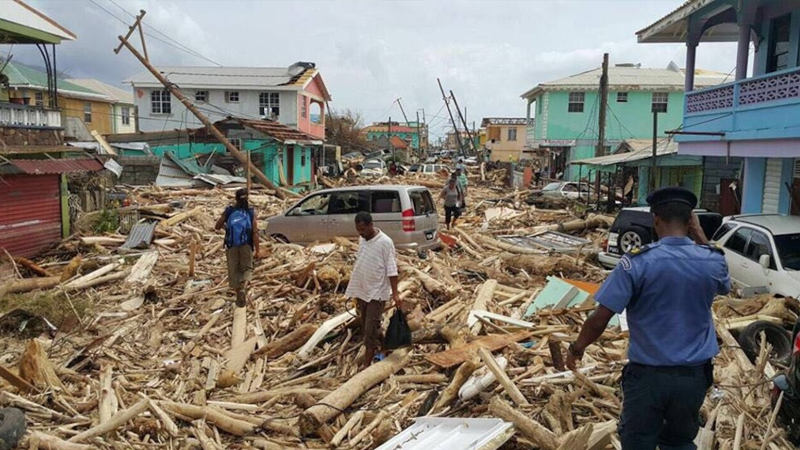 Caribbean Governments Renew their Insurance Coverage with CCRIF for 2019/20

Grand Cayman, Cayman Islands, June 18, 2019 — As of June 1, all Caribbean members of CCRIF SPC completed the selection of their CCRIF insurance portfolio for 2019/20, with nine Caribbean governments increasing their level of coverage for at least one of their policies and one country purchasing cover for an additional peril (tropical cyclone) that it did not have last year. As the 2019 Atlantic Hurricane Season begins, CCRIF members can be assured that they are covered for another year – against tropical cyclones as well as excess rainfall events, which occur throughout the year and earthquakes, which may occur at any time. CCRIF is the world’s first multi-country risk pool offering parametric insurance products for hurricanes, earthquakes and excess rainfall in the Caribbean and Central America.

Additionally, the Facility has provided its members with two policy features – the Aggregate Deductible Cover (ADC) and Reinstatement of Sum Insured Cover (RSIC) – at no cost for 2019/20. These two features for tropical cyclone and earthquake policies were first offered in 2017. The ADC can provide a minimum payment for events that are objectively not sufficient to trigger a CCRIF policy because the modelled loss is below the attachment point (or deductible). The RSIC provides access to coverage during a policy year even after the maximum coverage limit is reached. This prevents the situation where the insurance cover is exhausted early in the policy year thus leaving a country exposed until the policy renewal date of June 1 the following year.

CCRIF’s tropical cyclone and earthquake policies for 2019/20 are based on a new risk model called SPHERA (System for Probabilistic Hazard Evaluation and Risk Assessment), which replaces the MPRES model, which had been the basis for these policies since 2011. SPHERA is a new state-of-the-art model, based on the latest scientific findings and the most updated hazard datasets. The new model features new, up-to-date ground motion, wind and storm surge models; a larger and more detailed stochastic catalogue of events; a more detailed exposure database, including infrastructure and facilities; and new, updated vulnerability functions.

Similarly, the current excess rainfall policies are based on the XSR 2.5 model, an upgrade of the XSR 2.1 model used in 2018. The XSR 2.5 model includes new features that reduce basis risk and improve its results. Enhancements to the model include greater consideration and weight given to short intense events; inclusion of soil saturation in the loss estimates; and incorporation of assimilated observed data into the meteorological model.

CCRIF is pleased that some member governments have increased their coverage. Increasing the level of coverage is a key component of CCRIF’s scaling-up strategy, which also includes increasing membership in both the Caribbean and Central America, as well as offering new parametric products as a means of helping governments reduce post-disaster resource deficits and budget volatility as well as closing the protection gap. Much of this scaling-up strategy is being rolled-out – for example, CCRIF membership now stands at 21 (19 in the Caribbean and 2 in Central America). Also the Facility is offering new parametric products for drought and fisheries/aquaculture to select countries in 2019/20 and is in the process of developing products for agriculture and public utilities. CCRIF’s scaling-up strategy was launched in early 2018, shortly after the 2017 devastating hurricane season and involved both a technical and financial review of the Facility and incorporated the strategic inputs of stakeholders – its member governments, regional organizations, and development partners.

The US National Oceanic and Atmospheric Administration (NOAA) has predicted a “nearnormal” hurricane season this year, which means that there is a likelihood of 9-15 named storms, of which 4-8 could become hurricanes, including 2-4 major hurricanes (category 3, 4 or 5) occurring in the Atlantic this year – any of which could have major impacts in the region. CCRIF policies provide peace of mind for member countries, knowing they are covered in the event of a catastrophe and are an indication of the importance they place on proactive ex-ante disaster risk management and planning. As Ms. Cointha Thomas, Permanent Secretary, Finance for Saint Lucia said recently at the World Bank’s Understanding Risk Caribbean Conference, held in May in Barbados, “It is good to know that CCRIF is alongside you” in times when a country is dealing with a natural disaster.

CCRIF is an example of a risk transfer mechanism and is part of a suite of tools for ex-ante risk financing. Ex-ante financing mechanisms are becoming increasingly important and a key and indispensable component of economic policy as countries seek to grow their economies, reduce poverty, enhance debt and fiscal sustainability and become internationally competitive. Currently, in the Caribbean CCRIF’s parametric insurance is one of the main ex-ante financing options utilized by governments.